“Will you kill someone you love because of love?”

The Japanese Ministry of Defense has an anti-paranormal special forces group called the Supernatural Disaster Prevention Office. They are the ones responsible to protect Japanese soil and its people from supernatural and paranormal events. However, things didn’t go so well in one of their missions… (Source: ANN)

PS: This series is a prequel to the manga series, Ga-Rei. 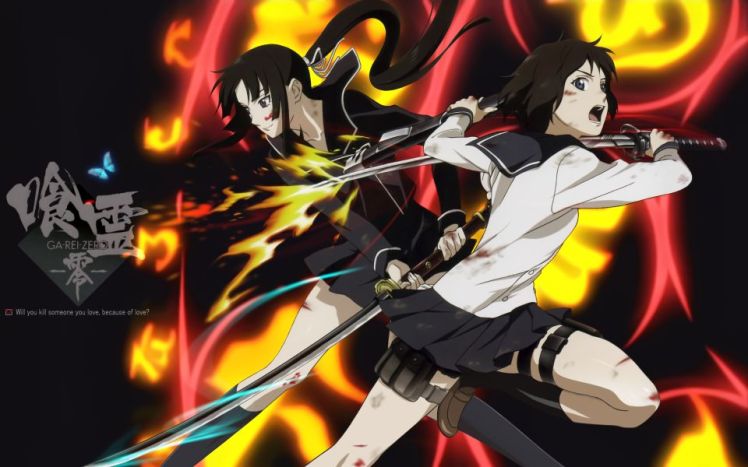 Where do I start… hmm… I was told that Ga-Rei Zero is a horror anime. So I downloaded the first episode to know what’s that so called “Horror” anime is all about. It clearly wasn’t horror but a thriller and by the end of the first episode I was clapping, and I had to look back to Anime News Network to check how many episodes that anime was made of. So yeah that’s how its all began. Now the first episode was shocking, The second episode you get to meet Yomi and Kagura. They are the heroin of the story and basically the beginning of the story. Its as the motto of the anime says, “Will you kill someone you love because of love?”.

Ga-rei Zero has all my favorite anime elements. A complicated story, true bond of friendship, awesome sword fight action, a good amount of bloodshed, and last but not least… there is a dragon :$. You got to love the anime for that!