The Grand Prize-winning dark fantasy story follows a boy named Muoru who has been falsely arrested and sent to a cemetery to perform forced labor. There, he calls himself the “grave keeper” and meets a beautiful girl named Meria. Muoru becomes fascinated with Meria as he spends his days digging a hole containing the undead monster named “The Dark.” (Source: ANN)

I didn’t know what to expect when reading this manga. All I knew was that the manga is horror and my friend recommended it for me. In the first two chapters you’ll get to know about Muoru. Then you meet Meria the grave keeper, that’s when the story begins. The story has some brutal scenes.  There are all this Darkness surrounding Meria. For me Sugar Dark was more of a romantic story than it was horror. The only horror that was there probably Ooiwa, Kenji’s art. He’s one of  the best horror manga artist out there. Though as far as the story goes, it was pretty romantic. in short, Muoru is trying to save Meria from the darkness that’s surrounding her. I very much loved the story and the art all together. It’s very enjoyable and I strongly recommend it. 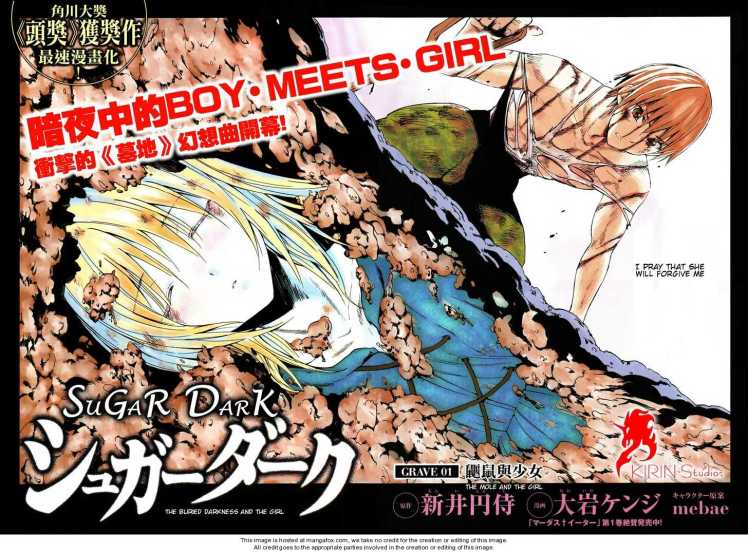