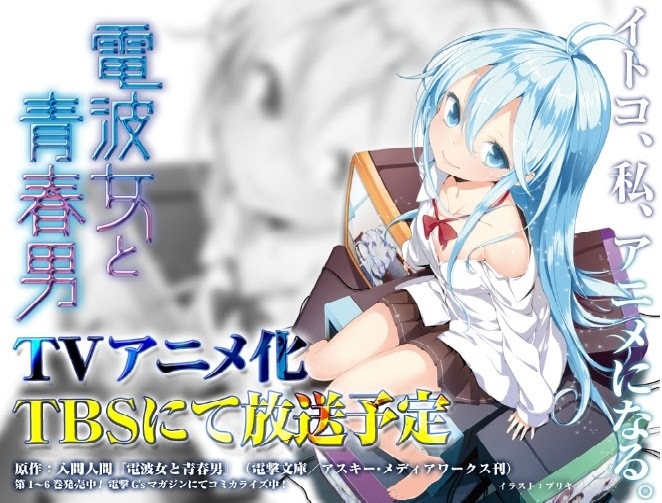 The story revolves around a highschool boy named Niwa Makoto. He lives with his aunt’s family since his parents are away on business. It is there where he meets his mysterious cousin of the same age Touwa Erio — who happens to tie a futon mattress around her upper body and is a self-proclaimed alien. Her staple food is pizza. Erio had been missing for half a year and was found floating in the sea. She doesn’t remember anything about what happened during that period of time, but she began to think that it was the act of an alien and wanders the neighbourhood wrapped in the futon. (Source: AniDB)

This is one of the coolest anime I’ve seen. There is no drama, the Sci-fi is just an idea and it’s light humor. I like how awkward the character are. The story is steady and pretty awesome. I mean this anime is just different from anything else I’ve seen in a good way. Like it totally stands out. I believe that this is the most human anime I’ve seen in a while. I’m trying hard not to spoil it. So just watch the anime. It’s so worth the time.