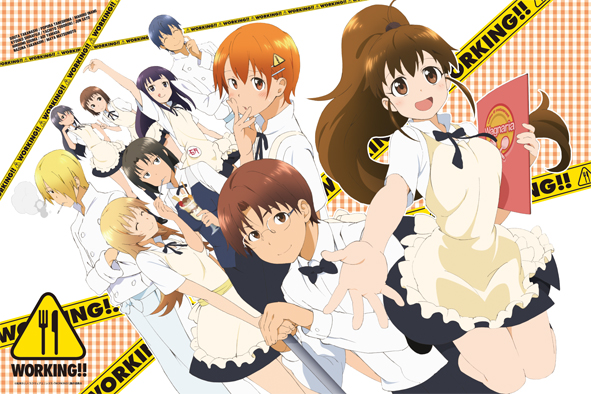 Set in a family restaurant in Hokkaido, the northern prefecture of Japan, 16-year-old high school student Souta Takanashi works part-time along with his strange co-workers: Popura Taneshima, a high school girl who’s a year older than Souta, yet easily mistaken for an elementary/middle schooler, and Kyoko Shirafuji, the 28-year old store manager who doesn’t bother to do any work at all. (Source: NIS America)
General Information:

Working is one of the funniest anime I’ve ever seen! The story is pretty cool, I love how different the characters are. Knowing the characters is the beginning of the comedy in this anime. It’s like beyond funny… More like hilarious. Also my favorite part of the anime is the fact that they don’t try too hard to be funny… The comedy is pretty natural which is very cool. If your looking for a good laugh I assure you this is the anime to watch. Even though I’m not a fan of the ending…