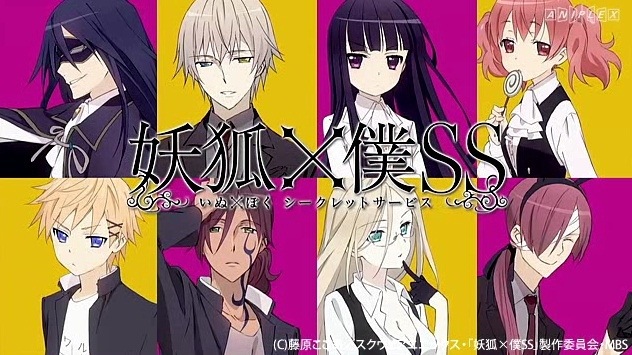 The Shirakiin house’s daughter, Shirakiin Ririchiyo, who has a complex about being unable to live independently and unprotected, feels the need to move out and live on her own under the condition of residing in the mansion named “Ayakashi Kan.” In this mansion, only those who have cleared a very strict examination could reside in it, and for each resident, they are accompanied with one agent of the Secret Service (S.S.). Although Riricho has rejected the company of the S.S., while residing in the mansion she finds out that the agent dedicated to protecting her is actually the Fox Spirit.

Inu x boku has all the elements I like about anime… Soushi Miketsukami(bodyguard/servant), Ririchiyo Shirakiin(master of Miketsukami Soushi/princess like)… all the characters are half youkai, half human… Need I say more? ;p

The anime is pretty funny, cute too. Though its not all comedy there is some good action… And most importantly the is a meaningful story there. I was satisfied with the anime, but I didn’t feel the need to check out the manga. I totally recommend the anime… You won’t be disappointed.