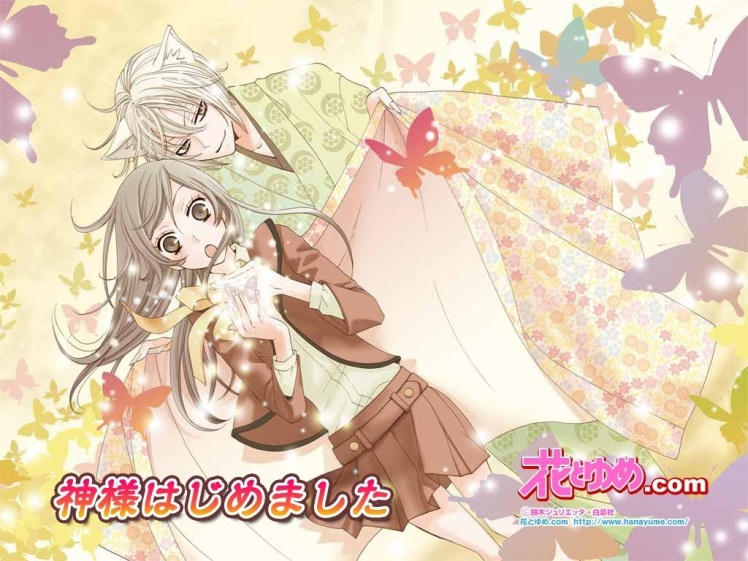 Nanami Momozono is alone and homeless after her dad skips town to evade his gambling debts and the debt collectors kick her out of her apartment. So when a man she’s just saved from a dog offers her his home, she jumps at the opportunity. But it turns out that his place is a shrine, and Nanami has unwittingly taken over his job as a local deity!
Nanami has all kinda of new responsibilities she doesn’t understand, dangers she’s unaware of, and a cranky ex-familiar who’s… actually pretty hot. What’s a new-fledged godling to do? (Source: Viz Media)

Kamisama Hajimemashite is a nice shoujo anime. There is some action there that I enjoyed and the plot was good. Though the anime is too pg-13 and almost a typical shoujo. I like the way the main character “Nanami” thinks sometimes it surprises me. I didn’t like how fragile Tomoe turned out to be though its very sweet how he takes care of Nanami. If you liked fruit basket I’m sure you’ll like this anime as well.