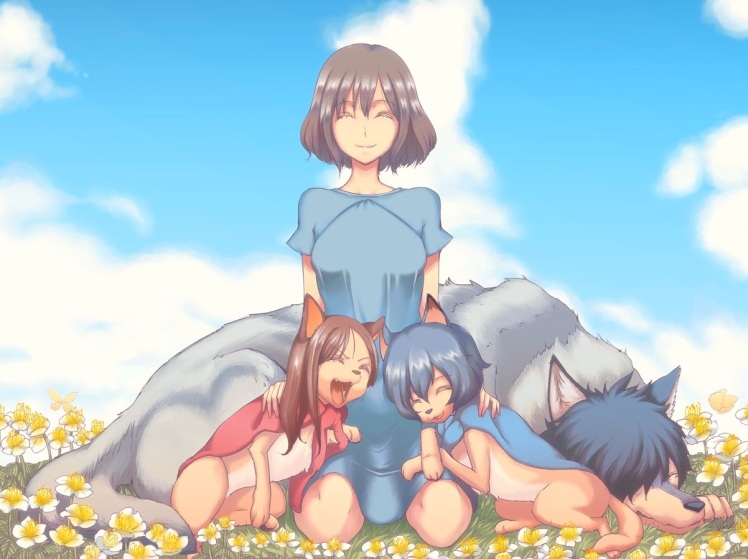 The theme of the film is the love between parents and children. The story covers 13 years and begins with a 19-year-old college student named Hana who encounters and falls in “fairy tale-like” love with a “wolf man.” After marrying the wolf man, Hana gives birth and raises two wolf children—an older sister named Yuki who was born on a snowy day, and a younger brother named Ame who was born on a rainy day. The four quietly lived in a corner of a city to conceal the existence of the “wolf children,” but when the wolf man suddenly dies, Hana decides to move to a rural town far removed from the city. 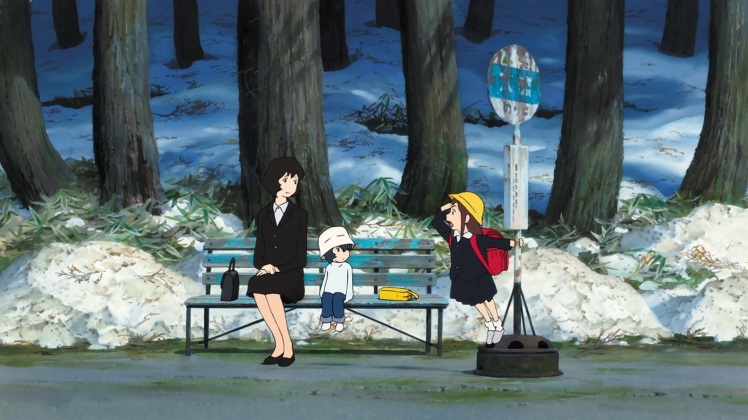 Ookami Kodomo has a heartwarming story. As you can see from the genre it’s Slice of Life, which means that the movie is about life. I love how the story built up. I was told that the movie was dull, but it was exciting. There wasn’t much action there, yet it’s very interesting. I love the animation. The movie is directed by Mamoru Hosoda, who’ve directed the amazing movie Summer wars. If you’ve watched Summer wars, you’ll know how awesome his directing is! Therefore, I strongly recommend this movie. It’s a family movie, with a great story that’s filled with life lessons.

7 thoughts on “Movie Review: Ookami Kodomo no Ame to Yuki”