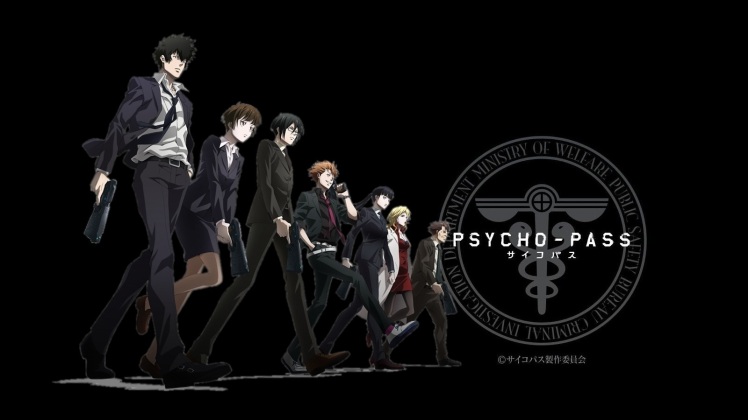 The series takes place in the near future, when it is possible to instantaneously measure and quantify a person’s state of mind and personality. This information is recorded and processed, and the term “Psycho-Pass” refers to a standard used to measure an individual’s being. The story centers around the “enforcement officer” Shinya Kougami, who is tasked with managing crime in such a world.
In the future, it is possible to quantitatively measure a person’s emotions, desires, and every inclination. In this way, it is also possible to measure a person’s criminal tendency factor, which is used to judge criminals.
This is the story of a team of policemen dedicated to maintaining public order. Some of them work in the Enforcement Division, responsible for the apprehension of criminals, while others belong to the Supervisory Division which oversees their colleagues in Enforcement. (Source: translated and adapted from official site by Cranston)

Psycho-Pass has a solid plot, straight forward and series. I loved how the story didn’t trail off not even once. There’s a meaning behind everything you see. The characters were awesome, and the weapons were great. The amount of bloody scenes there is just correct and uncensored for once! =D
There is also the fact that you keep discovering new things about their world as the episodes progress. It’s a very well made anime. The animations and soundtrack were awesome as well. I believe it’s a must watch… So go watch it!!