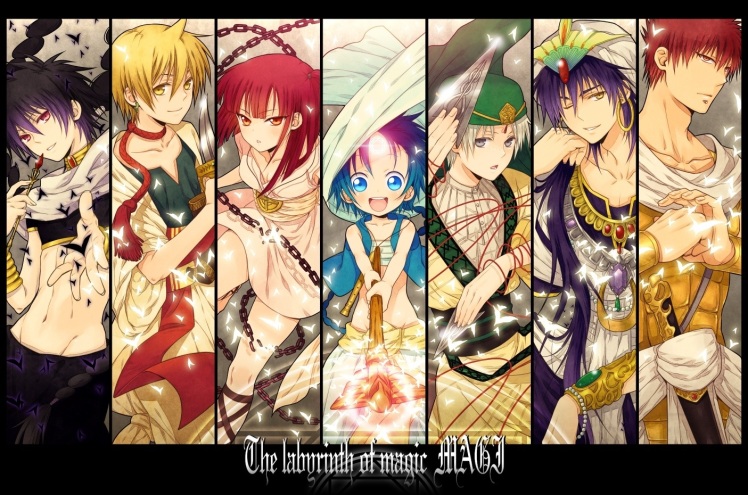 This story is about the flow of fate and the battle to keep the world on the right path. Aladdin is a boy who has set out to explore the world after being trapped in a room for most of his life. His best friend is a flute with a djinn in it named Ugo. Soon enough, Aladdin discovers he is a Magi, a magician who chooses kings, and he was born to choose kings who will follow the righteous path, battling against those who want to destroy fate. Follow his adventures as he meets others from 1001 Arabian Nights, like Ali Baba and Sinbad, and fights to keep the balance of world in check! (Source: MU) 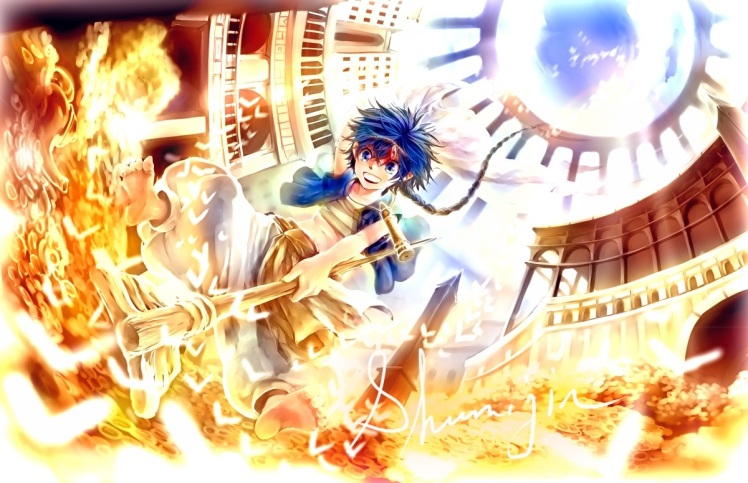 I’ve always been an Aladdin fan, so I was instantly attracted to this anime. I must say it exceeded my expectations. Basically Magi is inspired by Arabic literature characters, such as Alibaba, Sindibad, And so on. The fantasy there and the way the plot build up are amazing. There is magic everywhere and not in a cheesy matter. The plot is pretty outstanding, I’ve never seen a shounen anime as good as this one. I love how Aladdin is not always the hero or the main focus in the anime. You get to see all the characters stories. I also liked the fact that Sindibad is important in the anime so is morgana and Alibaba. The art and the fighting scenes are incredible. I strongly recommend the anime and am eagerly waiting for the second season which is gonna be released fall 2013.

One thought on “Anime Review: Magi – The Labyrinth of Magic”