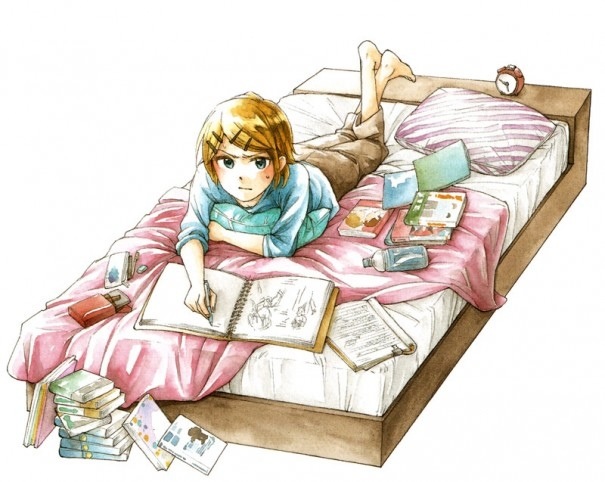 Synopsis
Yuri doesn’t have any friends because of her personality. One day, the famous Fujiwara talks to her, but Yuri thinks that she’s nothing but a fake person. Shinobu, her childhood friend and only friend, writes a story for a doujinshi which Yuri would do the art. On the story, the main character resembles Fujiwara a lot, but with a twisted personality. On that same day, Yuri sees the real Fujiwara and, as she had suspected, that girl wasn’t so lovely as she appeared. (Source: MU) 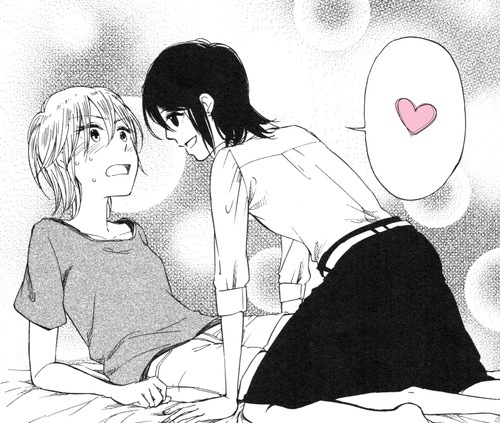 This manga had such an innocent story. Its so cute, and I couldn’t stop myself from reading it weakly. I can’t say it’s your typical Shoujo Ai, because the story was actually beautiful. It’s about breaking through people’s walls. Also this was one of the few manga’s with a lot of fillers. I mean there is chapter 1.5, 2.5, 3.5…..etc. I liked the flow of this manga. Also the only thing that was actually close to making that manga a Shoujo Ai, is that picture above the review. Other than that it was a nice story about friendship. Is it recommended?! Yes go read it.