I’ll write a review about this anime after the second season ends. So this post isn’t a review of the anime. It’s just thoughts and expectations of whats gonna happen next. ****WARNING: the post may contain major spoilers**** I have to say first that I love the Mecha in that anime Valvrave is the best. There are 5 Valvrave:

Valvrave 1, 3, 4, 5, and 6 And my fav are 1 & 6 Each valvrave has its own unique feature, and somehow reflects the pilot personality. I mean how cool is that!! So back to the anime’s actual story. The story takes place in outer space, and revolves around Highschool students that can fly the valvrave. Though in order to pilot the valvrave Mecha they have to give up their humanity and become immortals. I found that to be very interesting. Though as the story develops it takes some weird turns to a point where i actually questioned myself “what the hell am I watching?” Though I didn’t focus too much on those events and just enjoyed the anime. Yes, I found it to be enjoyable. Especially when they showed clips of 200 years later! That was epic. 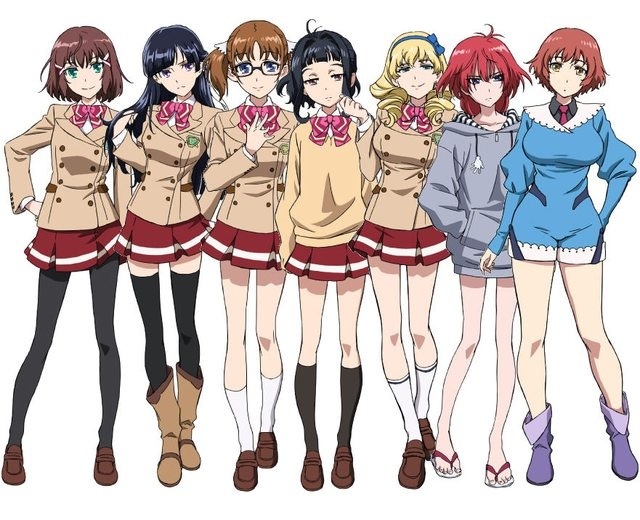 Season 2 will be out Fall 2013 Season 2 Expectations: I’m so excited that there is a season 2 for Valvrave. It’s such and awesome anime. I would love to see the final fight that was such a cliffhanger from season 1. Also I expect Valvrave 6 to take a bigger roll in the second season. We all like valvrave 3 and it’s pilot but let the rest of the characters have a chance to shin as well please!!! XD and yeah I wanna know what happens between Shouko and Haruto after he killed her father. Also how Akira’s personality changes after the last episode from season 1. I have a feeling that Shouko will forgive Haruto… So October come fast!! XD