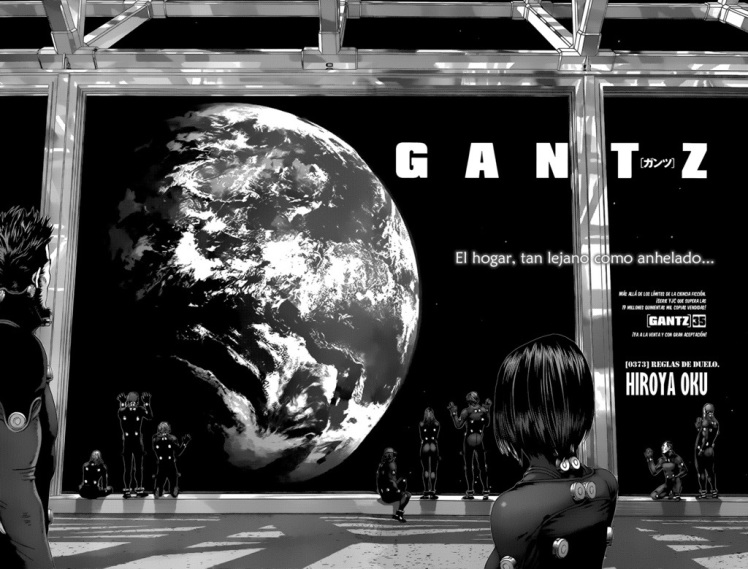 Thought your life was bad? Sometimes, death is worse. There is no salvation, peace, nor god waiting to receive you into their care. But wait, a god? Maybe you are talking about that big black ball stuck in the room with you. Now you are thrown into a game, fighting green aliens and robot monsters for the chance to survive.
When Kei Kurono is killed, he thus finds himself caught in such a game; a test of his skills, morals and will to survive. His life is not his own, his death spat and trampled upon over and over again. What happens if he does not listen? God knows.
A word of warning: Gantz is not for the faint-hearted, but neither is it as simple as it looks. Gore, rape and violence is rampant, as are portrayals of greed, violence, and all the ugliness that one sees in society today. [Written by MAL Rewrite] 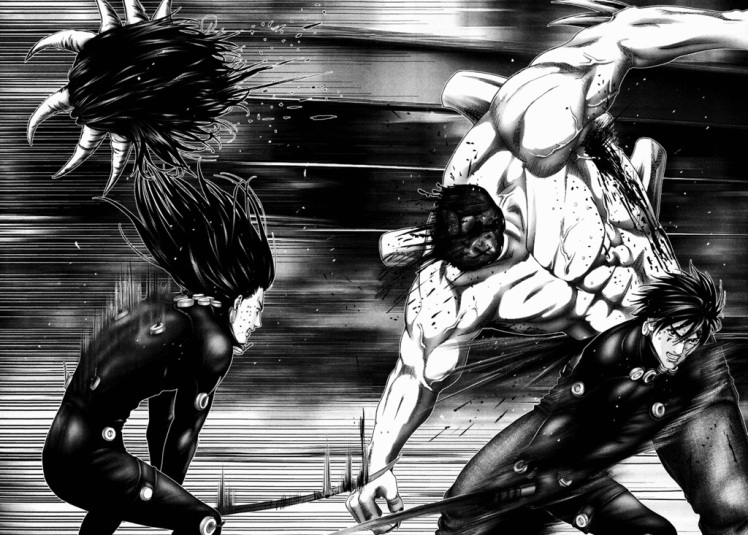 Firs of all thank you Sir Hiroya Oku for 13 amazing years of Gantz. I still can’t believe it ended… I kept looking for one more page after the last page of the last chapter. So yeah, I’m a huge Gantz fan. It’s an amazing manga if you haven’t checked it out, you should. 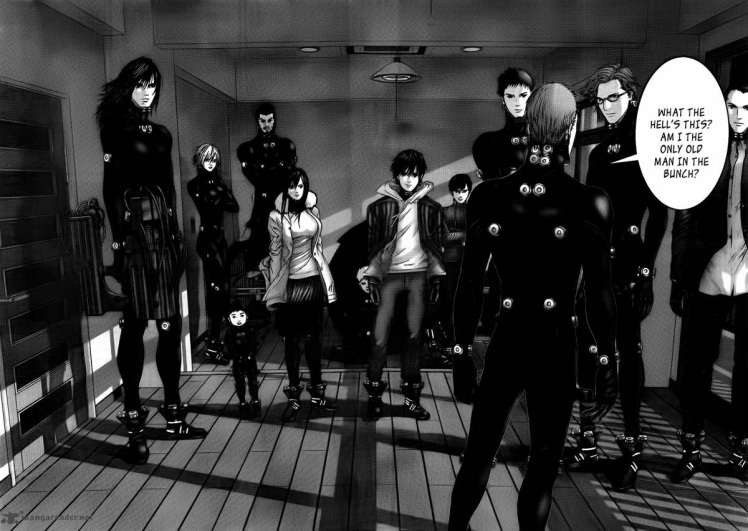 Now for the actual review. Gantz concept is totally unique. The manga Follows Kei Kurono & Masaru Katou, they are basically the main characters. Due to the concept of the story a lot of characters appear in the manga. The manga is amazing. I loved the story up until the Osaka Arc. It was magical. Though the last arc which is the catastrophe arc, was totally weird. The manga does develop greatly to reach that arc, but the fights weren’t as good as the previous arcs.
The action is absolutely brutal through out the whole manga, I’m not saying that the last arc was bad. It was just a little disappointing for me. Also, I’ve noticed that the whole focus was back to Kurono. I know that Nishi and Sakurai were also main topics in that arc, though it always fell back to Kurono. To be completely honest here, I was disappointed and didn’t like that fact. One more thing I didn’t like in the manga was the fact that we didn’t see most of the characters in action. Specially Reika, did she ever fight?
Supposedly she got 100 point and fought bravely against so many tough Aliens. Though we didn’t see any of that, did we? It was always Kurono this, Kurono that, and her looking pretty in the background of the page… I mean seriously? Well, even with all that its still my favorite manga and it’s the best and brutalist manga out there. Also the story is amazing. I like the idea of Gantz. Is it recommended? Yes of course.

One thought on “Manga Review: Gantz – Manga Olympics for Bloggers (Seinen/Shounen Round 2)”