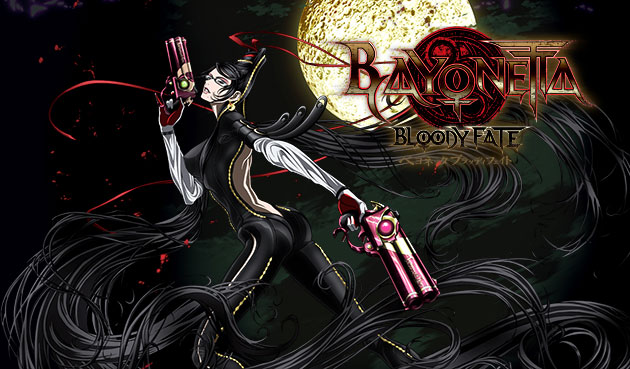 Based on the 2009 game, Bayonetta: Bloody Fate follows the story of the witch Bayonetta, as she defeats the blood-thirsty Angels and tries to remember her past from before the time she awoke, 20 years ago. Along her side are a mysterious little girl who keeps calling her “Mummy”, a journalist that holds a personal grudge against Bayonetta and a unknown white-haired woman who seems to know more than she is willing to reveal about Bayonetta’s time before her sleep.

Hearing about Bayonetta‘s movie made me jump allover the place. Watching the movie was like a dream come true. I mean Bayonetta in a Japanese voice :$ I’m sold. No really, The movie was incredible. The action is amazing. Basically it was all action one fight after the other, defeated a boss to be confronted with a new one. If you are familiar with the game its very similar to it. The directing is amazing and a very good story. I can assure you that you wont get bored. There were cute moments there and funny ones as well. As great as the movie was I was left unsatisfied. I don’t know why, it just felt like something was missing. If you played the game of a Bayonetta fan you must watch it.