The story revolves around Haruka and Yuu, two girls who go to a high school that is slated to be shut down in three years. To share something special between them, they share a kiss, and their relationship deepens from that moment onward. (Source: ANN) 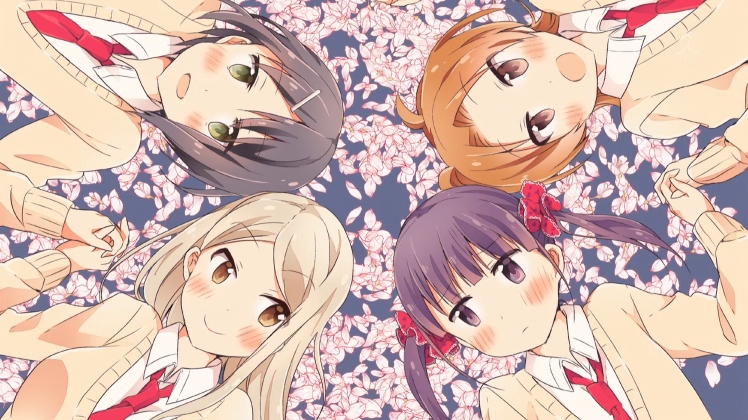 Sakura Trick is the gayest anime every created after Strawberry Panic… yes its that gay. I’m not against that. The anime talks about Yui and Haruka mainly. There is this side couple which are Kotone and Shizuku. There is an actual love story between Kotone and Shizuku. On the other hand, there is nothing between Yui and Haruka… Its pure fanservice which I don’t approve of. I get that the anime is a Slice of Life and I like Slice of Life. I didn’t get why they used it this way though. I wouldn’t recommend this anime to be honest but I did like Kotone and Shizuku relationship. If their story was the main story then I would’ve recommended the anime. Since its not the anime is not really worth it.