The story follows high school student Hotaru Tachibana, a girl disguised as a boy. Through strange circumstances she finds herself drawn into the world of survival games by a host, Masamune Matsuoka. The two form a team with ero-manga artist Tooru Yukimura and aim to be the best in Japan. (Source: ANN) 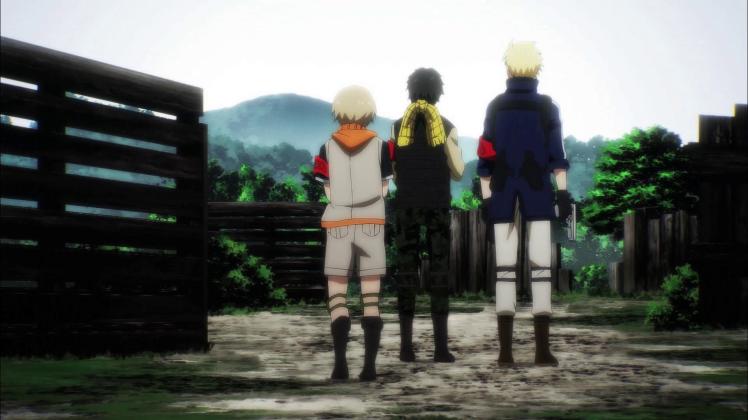 Aoharu x Kikanjuu is about a group of people that take toy guy or a survival toy gun game seriously and this tomboyish girl Tachibana gets mixed up in it. The guys from Toy Gun Gun recruit her thinking shes a guy and with time it gets harder for her to tell them the truth. The survival game action is a bit exaggerated but that’s what makes the anime enjoyable. Each character has unique and weird personality, my favorite character is Yukimura. The anime is not all comedy or all action it has a balance between the two and a bit of serious drama. In all honesty Tachibana is my least favorite character…. I’ll just leave it at that. The art and animation were really good and the anime was very enjoyable. It wasn’t great but it was good.