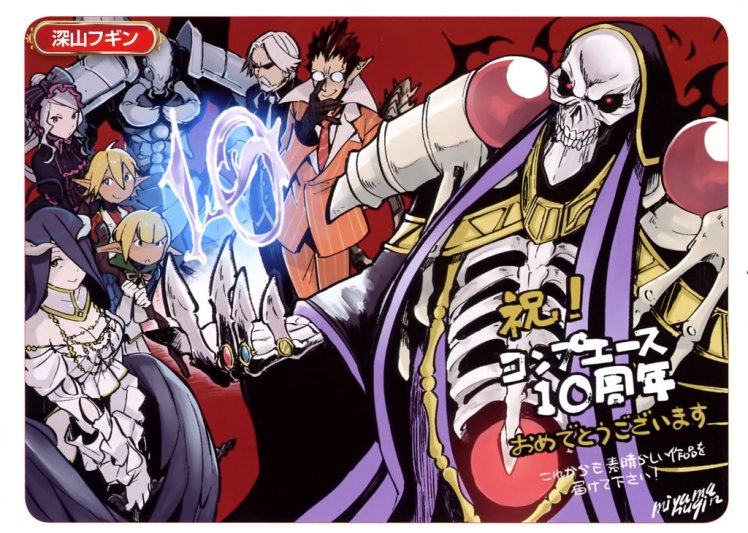 The final hour of the popular virtual reality game Yggdrasil has come. However, Momonga, a powerful wizard and master of the dark guild Ainz Ooal Gown, decides to spend his last few moments in the game as the servers begin to shut down. To his surprise, despite the clock having struck midnight, Momonga is still fully conscious as his character and, moreover, the non-player characters appear to have developed personalities of their own!

Confronted with this abnormal situation, Momonga commands his loyal servants to help him investigate and take control of this new world, with the hopes of figuring out what has caused this development and if there may be others in the same predicament. [Written by MAL Rewrite]

Overlord is about a guy that gets stuck in a video game. Sounds familiar I know… but he’s not the protagonist of the game he’s the antagonist. Before he got trapped in the game he altered some of the game features which worked in his favor later on in the game. Even though he’s playing as the demon lord he was trying to be good. The anime story had a great different prospective unlike any other tapped in a game anime. The anime had great soundtrack and very good animation. It made it more enjoyable to watch. Most importantly the story had a little bit of romance and a little bit of comedy along side all the action. I highly recommend the anime if your looking for something good to watch.