A year has passed since the “Tachikawa Incident” in summer 2015. CROWDS, the system that turns the mentality of humans into physical form that Berg Katze gave to Rui Ninomiya after extracting his NOTE, has spread among the public. Prime Minister Sugayama backs the plan, but not everyone agrees with his policy. A mysterious organization attacks Sugayama’s vehicle, marking the start of a series of new conflicts. (Source: ANN) 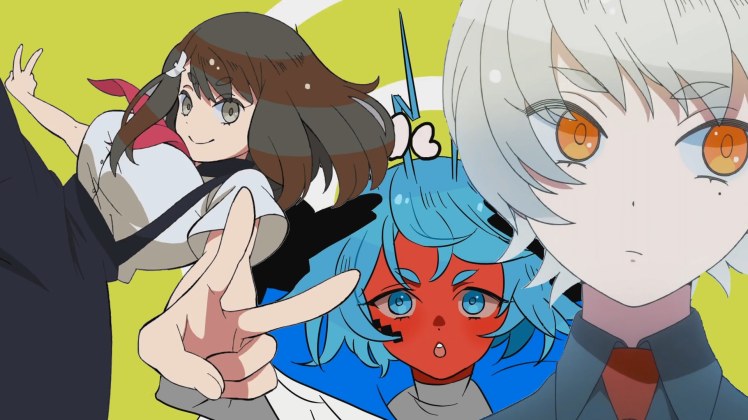 Gatchaman Crowds first aired in 2013. The anime revolved around Hajime who loves crafts. She became a hero “Gatchaman” to be more specific. The villain in the first season was Katze… well for the most part. The anime was very interesting, both funny and thrilling. Hajime was a bit annoying though but she grows on you. After the first season before Insight came out, they released an ONA. The ONA is an introduction to the second season. The main character in the second season is Tsubasa and how she wants to become a hero “Gatchaman” to be more specific. also another alien comes to town. The second season has more drama and politics. The story line is very good. There was good character development, and meaningful plot.  The animation is amazing specially the fight scenes. Not to mention the anime had an awesome sound track and music. If you have watched Tiger and Bunny and liked it, this anime is for you.

Here is the ending song of Gatchman Crowds