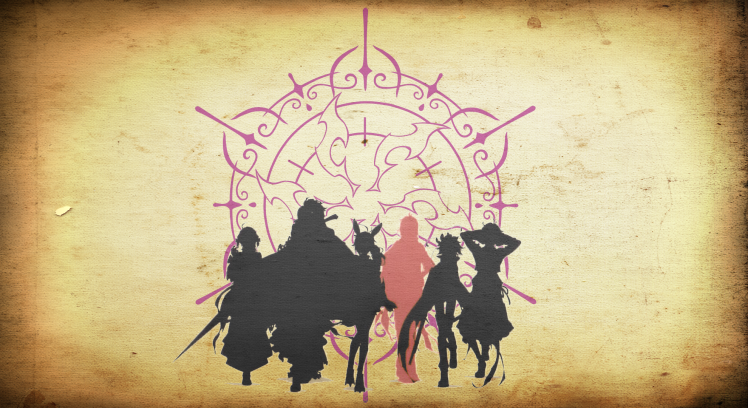 An ancient legend states that with the revival of the Demon God, six heroes—the Braves of the Six Flowers—will be chosen by the Goddess of Fate, granting them power to rise up against the fiends attempting to turn the world into a living hell. Adlet Mayer, self-proclaimed “Strongest Man in the World,” has arrived at the continent of Piena in hopes of becoming a Brave. Although it doesn’t go as smoothly as he had planned, Adlet is ultimately chosen as one of the six heroes shortly after being greeted by Nashetania Loei Piena Augustra, crown princess and fellow Brave.

Rokka no Yuusha follows the two as they embark upon their destined journey to fight the Demon God, intending to meet up with their fellow heroes at a small temple outside of the Land of the Howling Demons, the fiends’ domain. However, when they finally unite, seven heroes are present, and soon the others begin to suspect Adlet to be a fraud. Now on the run, Adlet must utilize his unique skill set and wit in a fight for his life to identify which member of the group is the true impostor before it’s too late! [Written by MAL Rewrite] 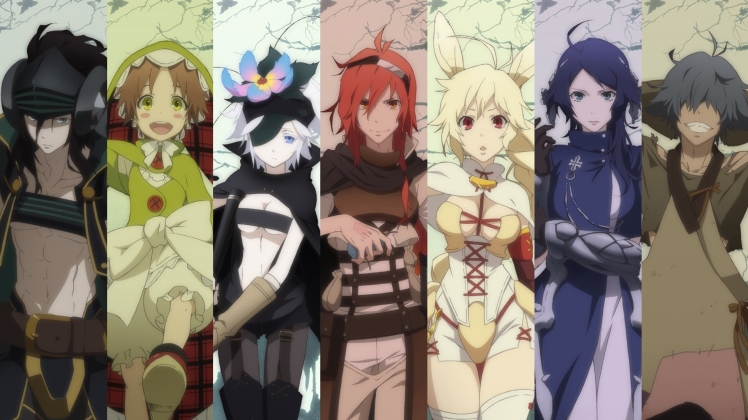 Rokka no Yuusha is supposed to be about 6 heroes fighting a demon, or that’s what the first episode indicates. How ever the anime is about a 7 people 6 of them are heroes and one isn’t thus they try to figure out who isn’t. like through out all 12 episodes. I was disappointed because they never went through with the demon story. Instead the anime was purely about a mystery that 6 were supposed to figure out. If you by any chance came across a spoiled and new who the fake was… it would be useless to watch the anime. Since the whole point of the anime is the mystery and they’ve been trying so hard to miss lead you through the 12 episodes. The music of the anime was really nice I would give it an 8/10. The art and animation were good the boys are too bishounen though… I would still give it a 7/10 for art and animation. The fighting and action were very good as well I would give it a 7/10. However overall the anime wasn’t great. It is good if you are looking for a mystery type of anime I would recommend it. As an anime though it just okay.

One thought on “Anime Review: Rokka no Yuusha”