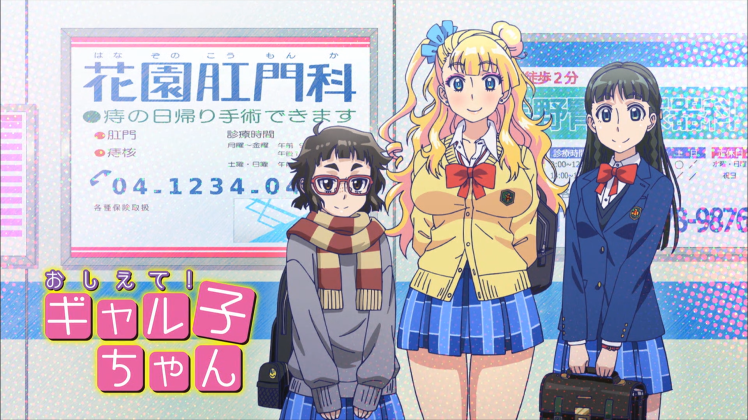 Meet Galko. Tall, buxom and fashionable. She’s popular, and is viewed as a bit of a party girl. Although she can be sharp-tongued, she’s a good person. One of her close friends is Otako, who is Galko’s polar opposite. Small and frumpy, Otako likes to sit in the back of the classroom, but is somehow very close to Galko. To complete the trio is Ojou, an airhead from a rich family.

Oshiete! Galko-chan is a short anime about the daily lives and humorous discussions the girls have about various topics and myths regarding girls’ bodies. 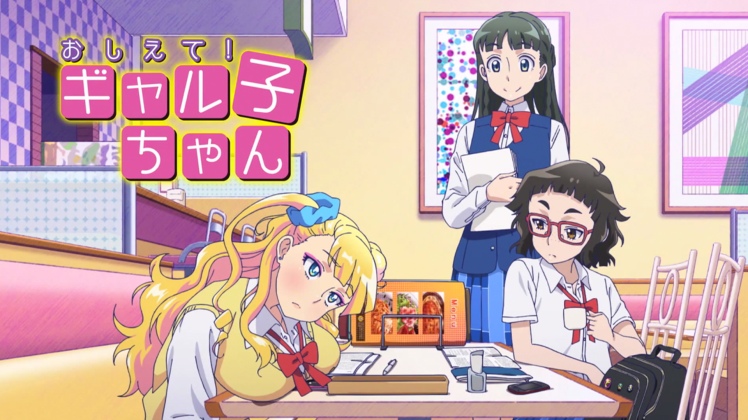 Oshiete! Galko-chan is one of the funniest 7min anime I’ve came across. The anime is quite ridiculous. The best thing about it is that the comedy is not forced. Its very Slice of life like. You would probably miss a few jokes while watching so you need to stay focused. Its also quite lewd for a PG-13 comedy. I mean they emphasis on the fact that Galko has big boobs a lot. Its full of dirty jokes as well. Its also quite random.