With the space program attempting to travel to Mars, 21st century scientists were tasked with warming up the planet so that humans could survive on its surface. They came up with an efficient and cost effective plan of sending cockroaches and mold to the surface so that the mold would absorb the sunlight and the insect corpses would serve as a food source for the mold.

It is now the year 2577 and the first manned ship to Mars has landed on the planet and the six crew members are ready for their mission. But what they find are giant mutated humanoid cockroaches with incredible physical strength. The crew members are easily wiped out, but not before sending a transmission back to Earth. Now, humanity will send elite warriors to exterminate the mutated bugs and claim back Mars. (Source: MangaHelpers) 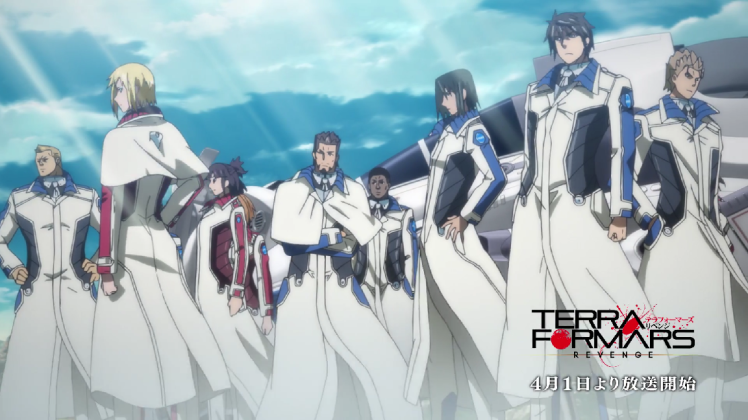 I really liked Terra Formars because it had a unique story. Thus I decided to watch Terra Formars Revenge. Boy, was I disappointed. The animation, of the anime went from epic to meh which made the anime very difficult for me to watch. The plot, was very serious and every dramatic however in Revenge the plot was lighter and there was lots of unnecessary comedy. The animation was lousy in the action scenes as well. It lacked that epic fight feel, the struggle and so on. The art style went from very sharp and seinen feel to very soft and almost shoujo feel. The characters looked very different. I didn’t like the changes that happened in the anime so…