Ten years ago, a fairy by the name of Daisy appeared and asked the child Eiji Hoshimiya what his one and only wish was. Although his wish remains a mystery, the consequences were catastrophic. In an event called the “Great Destruction,” the world started to fall apart as everything collapsed and countless people died.

Now, Eiji is a high school student whose only concern is his sick sister. He does not remember what he wished for; all that he remembers is that his wish caused the Great Destruction. In the years since that event, thousands of other people have also received abilities to make their heart’s desire come true. These people called “Orders” are believed to be evil and are hated by the general public. However, some of these Orders are after Eiji’s life in vengeance for those that he killed. Will Eiji be able to survive the numerous assassination attempts? And the biggest mystery of all: what did he wish for, and what were his intentions in wishing for something that caused so much desolation? [Written by MAL Rewrite] 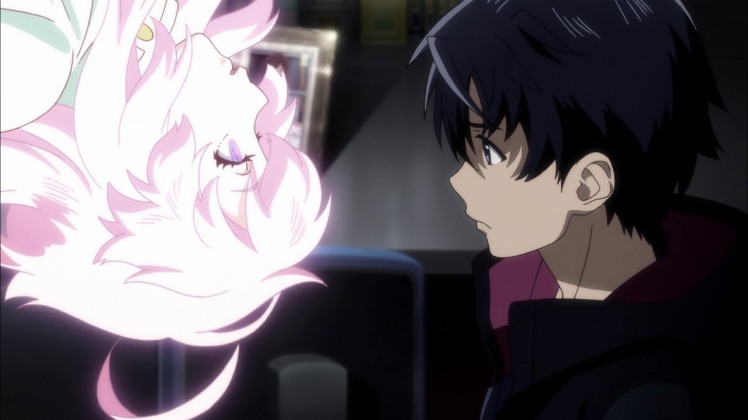 I keep wondering why I watched this anime… Big Order is something between (Mirai Nikki, Fate/Stay night, and dead man wonderland). I liked the art of the anime. It was nice the studio did a good job. However everything else was meh. The anime was rushed… or that’s what I thought at first. Then I realized that the story wasn’t solid that why they had to fill in the blanks with all the rush. The anime was supposedly ecchi but I’ve watched a censored version so I can’t judge the quality of the ecchiness. Also it was supposed to be a bit gory which was censored as well thus I’m unable to judge the quality of that either. Nevertheless the plot itself was bad for me so I don’t think the gore or ecchi would help there.