Years after an ancient evil was salvaged from the depths of the sea, Joutarou Kuujou sits peacefully within a Japanese jail cell. He’s committed no crime yet demands he not be released, believing he’s been possessed by an evil spirit capable of harming those around him. Concerned for her son, Holly Kuujou asks her father, Joseph Joestar, to convince Joutarou to leave the prison. Joseph informs his grandson that the “evil spirit” is in fact something called a “Stand,” the physical manifestation of one’s fighting spirit which can adopt a variety of deadly forms. After a fiery brawl with Joseph’s friend Mohammed Avdol, Joutarou is forced out of his cell and begins learning how to control the power of his Stand.

However, when a Stand awakens within Holly and threatens to consume her in 50 days, Joutarou, his grandfather, and their allies must seek out and destroy the immortal vampire responsible for her condition. They must travel halfway across the world to Cairo, Egypt and along the way, do battle with ferocious Stand users set on thwarting them. If Joutarou and his allies fail in their mission, humanity is destined for a grim fate. [Written by MAL Rewrite] 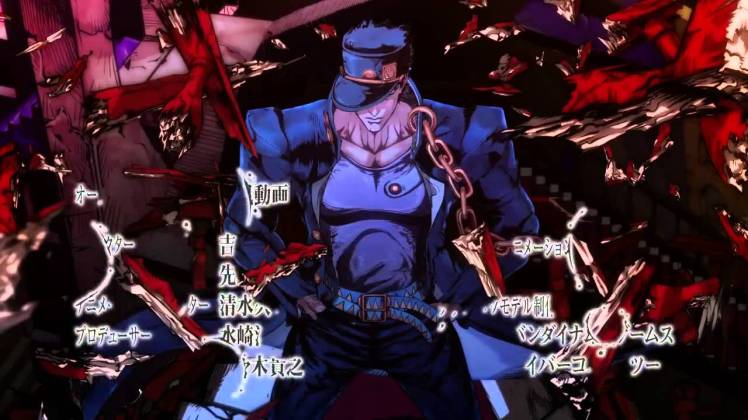 JoJo’s Bizarre Adventure is a very unique anime. Stardust Crusaders is the second season of the series. Its about Joseph’s grandson Jotaru. In the first season of Jojo we were interoduced to a power called Hamon(波紋) which is Joseph’s ability. In this season a new power came to light which is called Stand. Almost all the new characters in the anime have their own stand. The show was exciting and very interesting. Each stand possesed their own ability. The characters went throw a journey accross the world to find Dio and save Jotaru’s mother. The action and fight scenes were amazing and I’ve enjoyed the soundtrack of the anime.

You won’t find any anime similar to Jojo’s Bizarre adventure. So if you are looking for a good action anime to watch, Jojo should be your first stop.