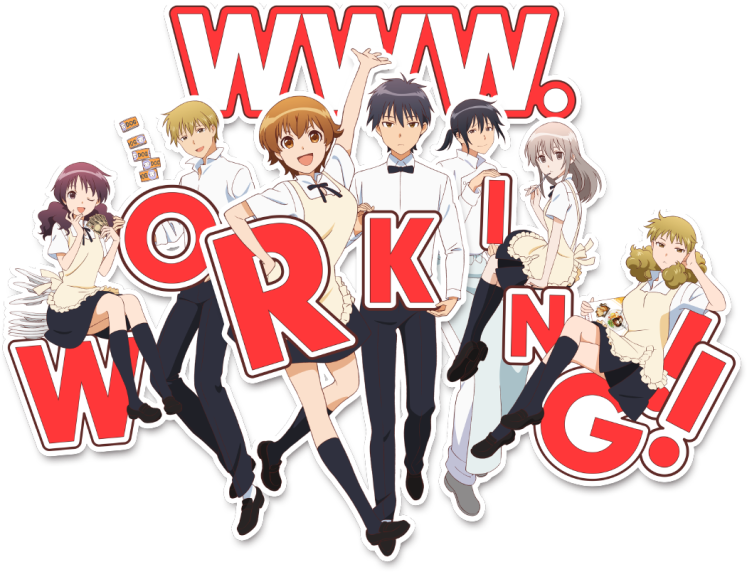 Daisuke Higashida is a serious first-year student at Higashizaka High School. He lives a peaceful everyday life even though he is not satisfied with the family who doesn’t laugh at all and makes him tired. However, his father’s company goes bankrupt one day, and he can no longer afford allowances, cellphone bills, and commuter tickets. When his father orders him to take up a part-time job, Daisuke decides to work at a nearby family restaurant in order to avoid traveling 15 kilometers to school by bicycle. 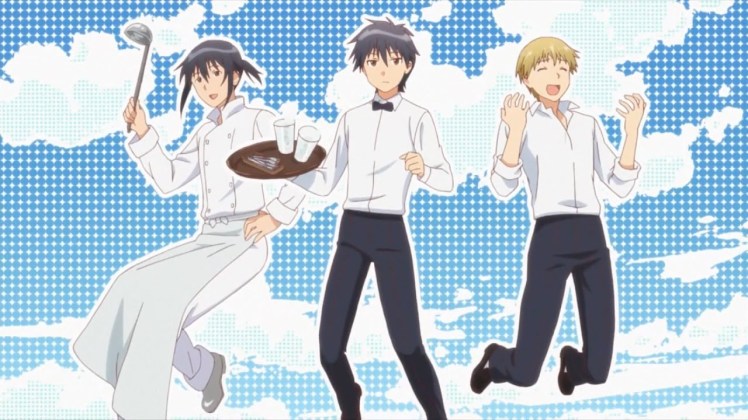 I’m a huge fan of the working!! series. I’ve watched all the seasons, OVA’s and specials. So I was looking forward to watching http://www.working!!. This season was a spin-off of the original old season. The characters in this season highly resembled the old characters. It didn’t feel right something felt awfully off about it. I think I would’ve liked it better if it were a stand alone series and if I hadn’t watched the old series.

Basically, Wagnaria is the same however the staff that work there are different. They are all new characters with new personalities and quirks. I did like some of the characters. It is worth mentioning that the new voice actors are amazing (Yoko Hikasa, Yuuichi Nakamura, Sora Amamiya, and Nana Mizuki) and that (Yoko Hikasa, and Yuuichi Nakamura) voiced support characters from working!!.

The show was funny but not as funny as the older seasons. I still enjoyed it. Its not a must watch but its worth a shot.