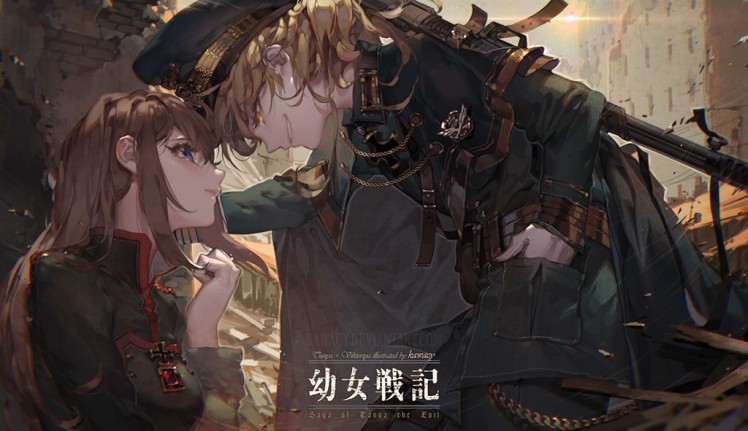 Tanya Degurechaff is a young soldier infamous for predatorial-like ruthlessness and an uncanny, tactical aptitude, earning her the nickname of the “Devil of the Rhine.” Underneath her innocuous appearance, however, lies the soul of a man who challenged Being X, the self-proclaimed God, to a battle of wits—which resulted in him being reincarnated as a little girl into a world of magical warfare. Hellbent on defiance, Tanya resolves to ascend the ranks of her country’s military as it slowly plunges into world war, with only Being X proving to be the strongest obstacle in recreating the peaceful life she once knew. But her perceptive actions and combat initiative have an unintended side effect: propelling the mighty Empire into becoming one of the most powerful nations in mankind’s history. [Written by MAL Rewrite]

Youji senki is an action anime that takes place during the time of world war II. The anime follows one of the platoon’s leader named Tanya. The anime is filled with action and amazing fight scenes. Tanya’s Platoon has special technology/power which gives them advantage in battles. The anime focuses on Tanya’s god complexity and that it shown throughout the anime. Not to mention her connection to her past life makes the show that much more interesting. I really liked the fact that they didn’t neglect her platoon members. You can see how she influenced them and what kind of people they are.

The music and animation were fantastic. The only down side to the anime is that there is a lot of dialogue explanation. Also it felt rushed and too fast-based. Nevertheless season two will be out soon we’ll see how this war continues.