Game of Thrones: A Telltale Games Series ​is an episodic video game based on the HBO television series, released in 2014 and consists of six episodes. It is being developed in conjunction with HBO by Telltale Games, developers of the critically praised video game spinoffs for The Walking Dead and The Wolf Among Us.

The main characters are from House Forrester. The Forresters are a family of the minor nobility from the Wolfswood in the North, bannermen to House Glover – who are in turn themselves major vassals sworn to House Stark of Winterfell. The seat of House Forrester is Ironrath, an imposing stronghold in the forest surrounded by ironwood trees. Their House words are “Iron from Ice”, echoing their belief that the severe cold and hostile landscape of the North only make them stronger.

House Forrester does actually exist in the novels, and they are a minor House in the Wolfswood who serve as vassals to House Glover. However they were only mentioned in passing once and its current members were not described: “…guides Lady Sybell [Glover] had given them, trackers and hunters sworn to Deepwood with clan names like Forrester and Woods, Branch and Bole.” (A Dance With Dragons, Chapter 42) With no details given about its current members in the novels, this gives the video game a blank canvas to fill new characters with.

The events in the game series generally coincide with Season 4, beginning towards the end of Season 3 and ending just before Season 5 begins. 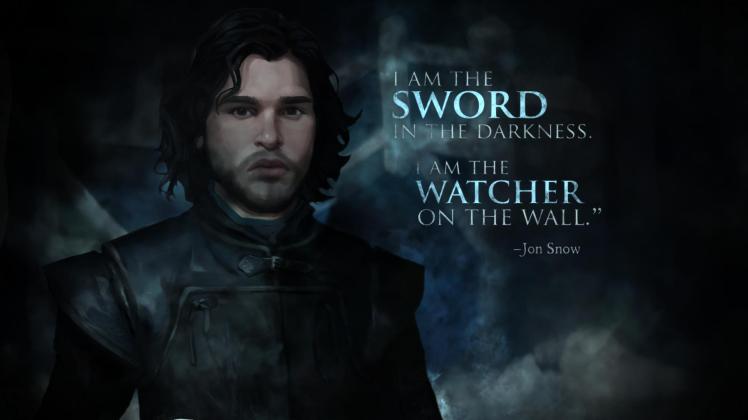 Telltale Game of Thrones is based on the Game of Thrones series and as you may have read up in the about and story, it goes hand in hand with the series. Its a side story from the game of thrones franchises that talk about one of the northern Noble houses. The game goes hand in hand with the series plot. Like all the other telltale games the games is based of the players choices you basically control the plot or the direction of the story. However I didn’t like the fact that none of the choices matter. Whatever you choose to do the outcome is the exact same. It is so Game of Thronish but its not an ideal thing to have in a Graphic novel Kinda game. The Players’ choices need to make a bit of a difference in the story progress. However it does not. That’s my main issue with the game other wise it was an enjoyable game recommended for Game of throne Fans.