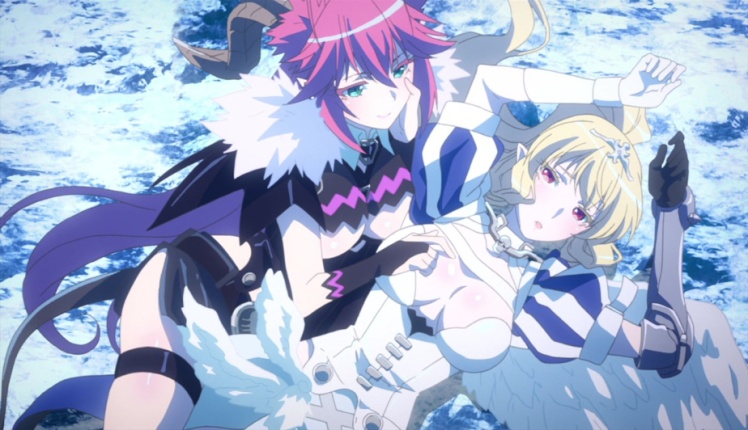 You, will you be a worshipper of the devil lords? These beautiful lords lead humans to the seven deadly sins: pride, envy, wrath, sloth, greed, gluttony, and lust. A revealing fantasy that craves to corrupt and steal true happiness starts now. (Source: MAL News)

SIN is a ecchi anime. Its about Lucifer and the 7 deadly sins. In this plot Lucifer is a sexy female character and so are the 7 deadly sins. Lucifer encounters the innocent virgin Maria and tries to take her down a sinful path but doesn’t want her to be tainted and doesn’t want her to sin because she’s the key that would take Lucifer back to heaven. The anime heavily indicates that humans are only driven by desires and that their desires will lead them to hill. Each one of those 7 hell demons represent a certain human desire. That’s the whole concept of the anime. I liked the concept of the anime.

The concept aside… The anime was a heavy amount of yuri subtext and its almost completely is yuri at time. However, it is there in a tease manner. The anime is ex-termly sexy, I dare say its sexier than Valkyrie drive. Its not the best Ecchi anime out there but it is one of the good one. Also, I loved the amount of action it had the fights were really good specially when they were fighting in hell. I didn’t expect the anime to take the turn it took. It was Epic. However, The ending didn’t sit right with me it was such a cliche ecchi anime ending.