The story starts off with a face-off between two rival heroes, ZET and ALPHAS, and then traces their origins – Jin Kanzaki, a young man with the ability to transform into a superhuman being known as ZET, and Kouga Amagi, a young man with a strong sense of justice who uses technology to fight as ALPHAS.

The fates of these two men and those around them intertwine as they fight to protect mankind and destroy monstrous abominations known as Players, who ironically are the creations of the Amagi Corporation, the company founded by Kouga’s grandfather, Mitsugai Amagi. (Source: ytv ENGLISH) 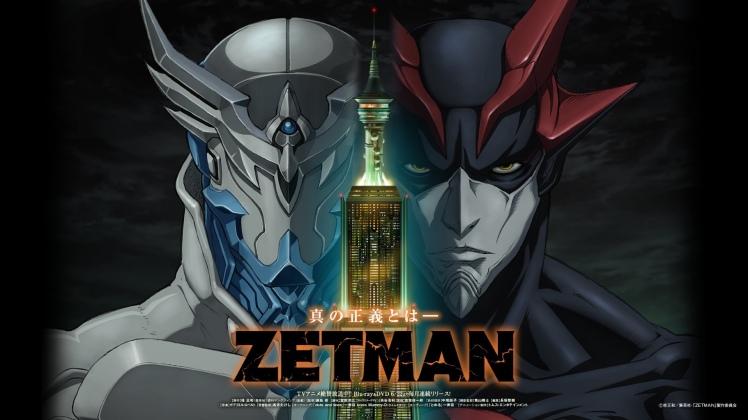 The first time I saw Zetman I had high expectations for it. Even though it wasn’t as good as I expected, it was still worth the time. The idea was pretty awesome. I like discovering Jin’s identity through out the anime. Also the way the story built up was pretty interesting. It’s not like there was anything wrong with the anime. I just believe that it should’ve been longer. Also, I believe that it didn’t do the manga much justice.

One thought on “Anime Review: Zetman”